Found in the southeast region of the Balkan Peninsula, Serbia has recovered from a troublesome past to become one of Europe's most entertaining destinations.

Blessed with countless museums and galleries, our Serbia tours give travellers a glimpse into yesteryear. Serbia is also home to a wide range of acclaimed restaurants and cafes and is home to one of Europe's best nightlife scenes.

Our Serbia tours take you to some of its most popular attractions, such as its capital city of Belgrade located at the confluence of the Sava and Danube rivers, the Church of Saint Sava - one of the largest Orthodox churches on the planet.

Do you want to know more about Serbia tours and its beauty? Or do you need accurate visa information? 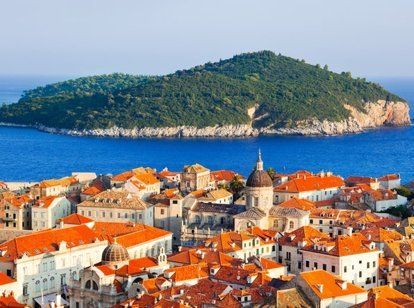 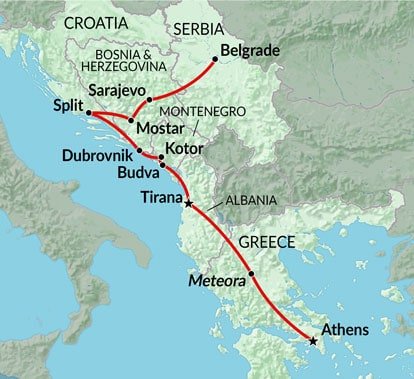 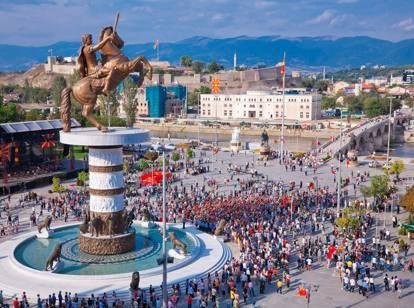 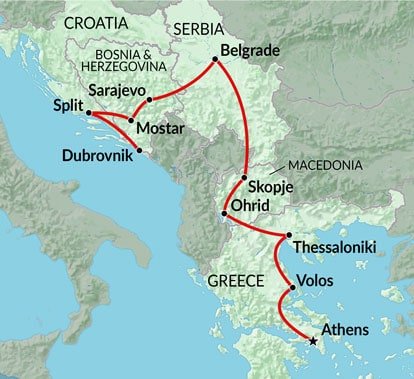 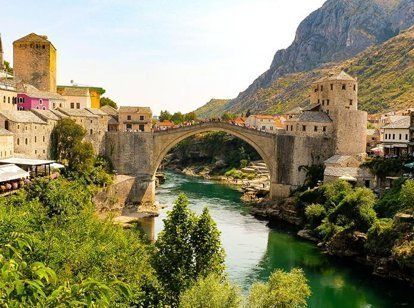 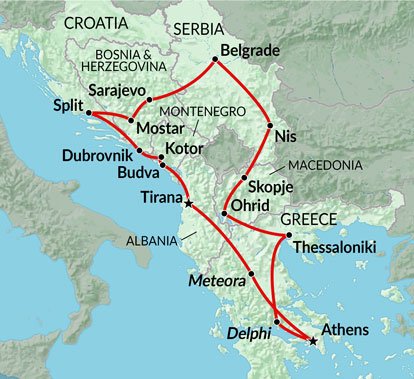 Is it safe to visit Serbia?

Serbia is a safe country for tourists to visit, and the most common concern is pickpockets.

What is the official currency of Serbia

The currency used in Serbia is the Serbian dinar (RSD), which is divided into 100 paras.

When is the best time of the year to visit Serbia?

The best time of the year to visit Serbia is during spring (April), as the temperatures are mild and pleasant.

Should you tip in Serbia?

Tipping is not obligatory in Serbia, but if you are happy with your service then leave a 10-15% tip.

Is the tap water safe to drink in Serbia?

The tap water is safe for drinking in Serbia, and bottled water is also sold everywhere.

Serbia, officially the Republic of Serbia, is a country positioned at the crossroads of Central and Southeast Europe in the southern Pannonian Plain and the Balkans.

Hungary borders this sovereign state to the north, Bulgaria and Romania to the east, Macedonia to the south, Croatia, Bosnia and Herzegovina, and Montenegro to the west. The capital of Serbia, Belgrade, is one of the largest and oldest cities in Europe.

The country has adhered to the policy of military neutrality since 2007. Serbia also ranks high by the Human Development Index with an upper-middle income economy. It has a dominant service sector followed by an industrial sector.

Located in the Balkan Peninsula, Serbia's terrain is characterised by hills and rivers. The Dinaric Alps extend to the west and the southwest. The largest Lake in Serbia is ?erdap Lake and the longest river that flows through Serbia is the Danube.

The climate of Serbia is affected by the landmass of Eurasia, the Atlantic Ocean and the Mediterranean Sea. Serbia's climate can be defined as warm-humid continental or humid subtropical climate. In the north of Serbia, the climate is more continental with cold winters and hot summers. In the south, summers and autumns are drier, and winters are cold.

The Constitution of Serbia describes it as a secular state with guaranteed religious freedom. The Serbian Orthodox Church is the largest and most traditional church in the country. The official language of Serbia is Serbian and is the only European language with active digraphia.