Is a Tonga Island Tours on your travel bucket-list? Our Tonga tours explores the long and interesting history of the Kingdom of Tonga that goes back over 3,000 years.

Discovered by Captain James Cook in 1773, it became known as the Friendly Islands due to the welcoming reception it gave him. It is the last remaining monarchy in the South Pacific, which has stretched back over 1,000 years. Tonga is well known for it's hospitality and has a rich culture including dance, music, art and food that has been passed down from generation to generation.

Our Tonga tours take you to its archipelago of 176 islands where you can find untouched beaches, amazing coral atolls, active volcanoes, deserted islands, national parks, caves, authentic local villages, rugged mountain ranges and virgin rainforests. It boasts a wealth of marine life that can be easily explored on a guided fishing expeditions, sea kayaking trips, snorkelling, or swimming with turtles. We also offer Tonga whale swimming tours, chat to one of our friendly travel consultants today to find out more.

With so much to see and do on our Tonga tours, you're bound to have an amazing time. Tonga whale tours are extremely popular - just make sure you don't forget to relax and enjoy the island life on some of the many picture postcard beaches.

If you're looking for travel inspiration, head over to our blog which provides excellent insight into our many travel destinations. 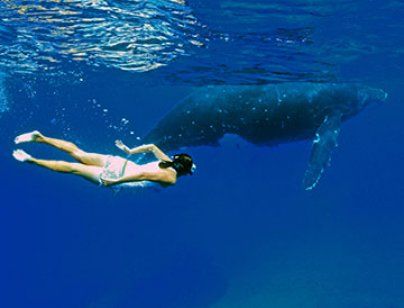 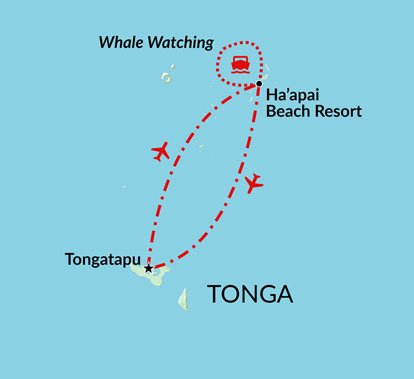 Is it safe to visit Tonga?

Tonga is a safe and peaceful country to visit, but you should watch out for petty crime, and avoid desolated areas at night.

What is the official currency of Tonga?

The currency used in Tonga is the Tongan paâ€™anga, which is subdivided into 100 senti.

When is the best time of the year to visit Tonga?

The best time to visit Tonga is between May and October during the countryâ€™s try season. You should avoid visiting from December to January, as these are the wettest months.

What should you wear in Tonga?

It is important to dress respectfully in Tonga. Tongan law prohibits being in a public place without a shirt. You should cover up your legs and shoulders when you are not on the beach.

Can you drink the tap water in Tonga?

In most areas of Tonga, the water is generally safe to drink. The water quality is variable in undeveloped areas. If you do want to be ultra-safe, you should drink the bottled water.

Tonga, officially the Kingdom of Tonga, is a Polynesian country and archipelago with 169 islands, of which 36 are inhabited. The main island, Tongatapu, is where 70% of the locals reside. The country is surrounded by Samoa to the northeast, Futuna, Fiji and Wallis to the northeast, Vanuatu to the farther west, Niue to the east, Kermadec (part of New Zealand) to the southwest, and New Caledonia (France).

In the West, Tonga became known as the 'Friendly Islands' because of the welcoming reception Captain James Cook received on his first visit in 1773. From 2010, Tonga chose to be a constitutional monarchy rather than a traditional absolute kingdom. The citizens of Tonga have free and mandatory education, provided by the government. The Tongans also have universal access to a national health care system.

Situated in Oceania, the islands of Tonga are divided into three main groups: Vava'u, Ha'apai, and Tongatapu. The islands either have a limestone base created from coral formations or limestone on a volcanic base. The climate of Tonga is tropical with a very warm period (December to April). The wettest period in Tonga is March. Bats are viewed as sacred, and property of the monarchy. Flying fox bats frequent the islands of Tonga.

Tongan is the official language spoken in Tonga, along with English. Tongan is a Polynesian language, closely related to Samoan, Hawaiian, Wallisian and Niuean. Although Tonga is a secular state, the Free Wesleyan Church of Tonga is the established religion in the state.

The tropical paradise of the Maldives has always seemed like it was reserved for honeymooners and the rich and famous.