Vietnam is a country of contrasts, from the beautiful sandy beaches of the south to the esoteric beauty of Halong Bay and from the fertile farmland around the Mekong Delta to the hill-tribe forests in the north, the country has something to offer every traveller. The timeless temples and pagodas stand beside vibrant skylines in Saigon and Hanoi, whilst in cities such as Hue and Hoi An, time seems to have stood still.

The capital Hanoi is the centre of the arts in Vietnam and has world-class museums, theatres and cultural shows while Ho Chi Minh in the south (which most people still refer to as Saigon) is the business hub of the country, though no less interesting. The imperial city of Hue along with nearby Hoi An offer an insight into Vietnam's long and interesting past with lots of traditional architecture and much more relaxed feel.

Our carefully put together Vietnam group tours guarantee to leave you with a longing to return to Vietnam and whilst our tours do visit the most popular tourist sites, there is lots more to see and do on a return trip! 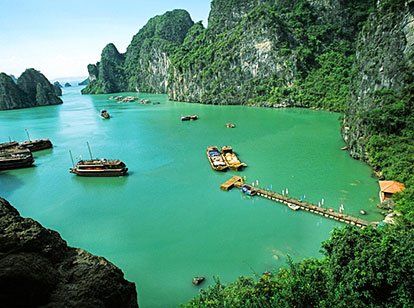 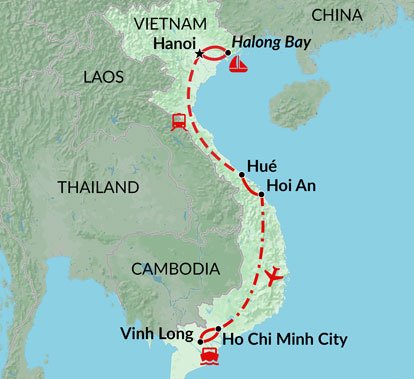 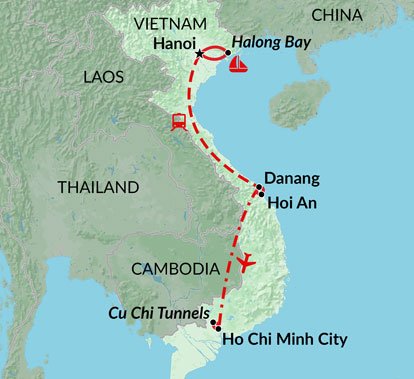 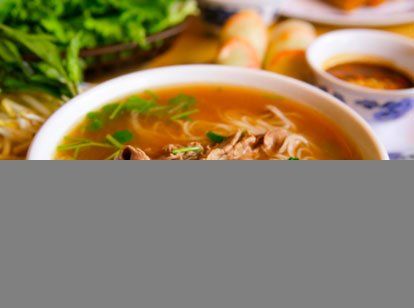 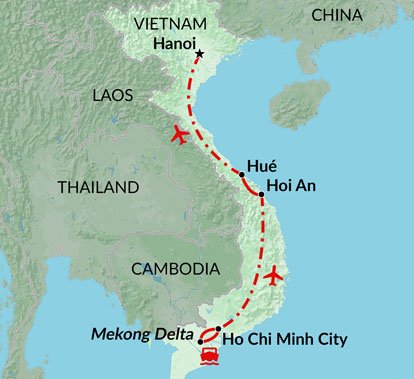 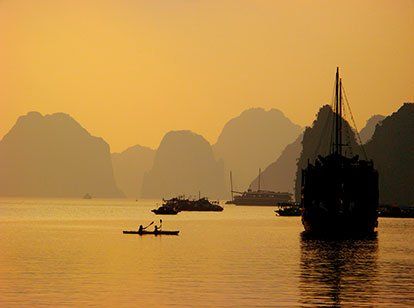 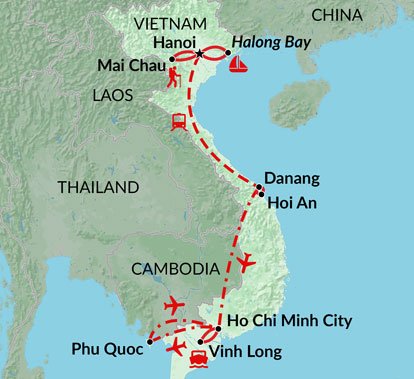 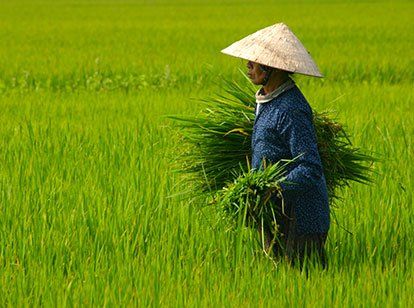 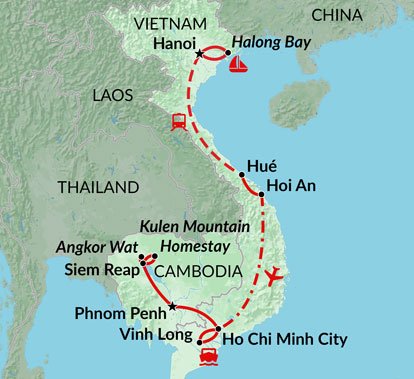 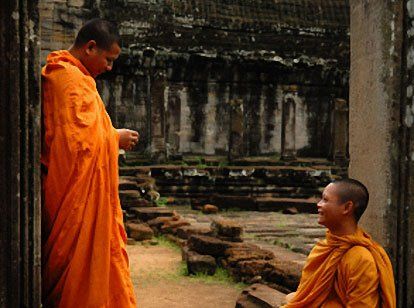 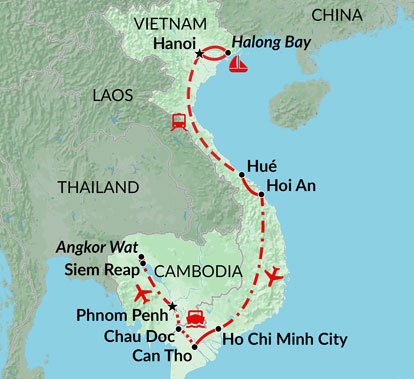 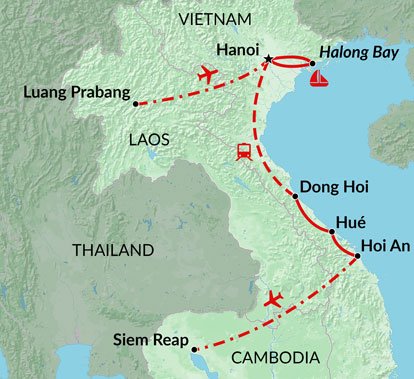 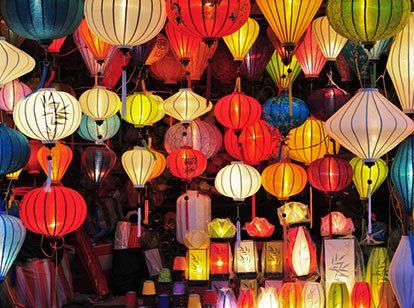 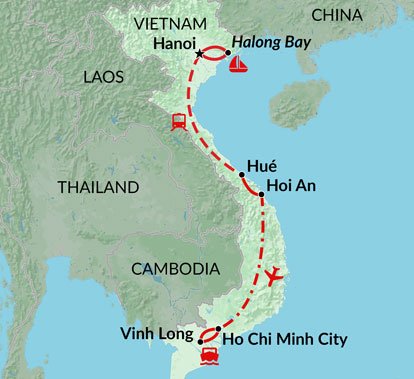 Night on a junk in romantic Halong Bay, hustle and bustle of Hanoi's Old Quarter, imperial city of Hue, traditional riverside town of Hoi An... 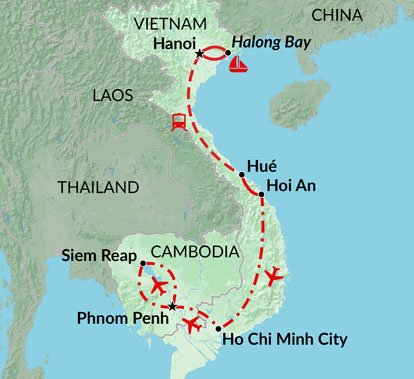 When is the best time of the year to visit Vietnam?

The best time to visit Vietnam is spring (February to April) and autumn (August to October). During these seasons the temperatures are milder, and rainfall is much lighter.

Is it safe to visit Vietnam?

Overall, Vietnam is a safe country to visit and there are hardly reports of muggings or robberies.

What is the official currency of Vietnam?

The official currency of Vietnam is the Vietnam dong and because the dong is tied to the US dollar, you can use dollars at most hotels.

What should you wear in Vietnam?

If you are visiting temples or religious sites, you should wear conservative clothing, otherwise there are no cultural concerns when it comes to inappropriate clothing.

Can you drink the tap water in Vietnam?

The tap water is not safe to drink in Vietnam and you should only drink bottled, filtered or boiled water.

Vietnam, officially known as the Socialist Republic of Vietnam, is the easternmost country on the Indochina Peninsula. It is the 15th-most populous country in the world and the ninth-most populous Asian country. Vietnam is bordered by China to the north, Laos to the northwest, Cambodia to the southwest, Thailand across the Gulf of Thailand to the southwest and Malaysia, Indonesia and Philippines across the South China Sea to the east and southeast.

The capital city of Vietnam is Hanoi, and Ho Chi Minh is the most populous city. From 111 BC to 939, AD the northern part of Vietnam was part of Imperial China. It was only in 939 AD that Vietnam became an independent state. Vietnam's landscape is mostly mountainous and woodland. In the northern part of the country, the land is mainly highlands and the highest mountain in Vietnam, Phan Xi P?ng, is found in the Lào Cai Province.

Two World Natural Heritage Sites are in Vietnam including Ha Long Bay and Phong Nha-Ke Bang National Park. The high level of biodiversity in Vietnam is seen as unique and it is ranked 16th worldwide in biological diversity, being home to approximately 16% of the world's species.

The official language spoken in Vietnam is Vietnamese, which is a tonal Mon-Khmer language spoken by most of the population. It has been noted that in its early history, Vietnamese was written using Chinese characters and only in the 13th century did the Vietnamese develop their own set of characters.

We have carefully selected a range of different junk boats to use on Halong Bay. Details of our favourites are given below.

Tours in Vietnam may take in the beautiful sandy beaches of the south or the breathtaking beauty of Halong Bay, the fertile lands of the Mekong Delta or the hill-tribe forests in the north.