If you're looking for a truly unforgettable safari experience, then our South Africa tours are perfect for you.

Well known as one of the top destinations for thrill-seeking and adventurous travellers, our South Africa tours leave travellers with a lifetime of memories.

South Africa has so much to offer - meet a shark face-to-face, climb Table Mountain, visit the iconic Robben Island where Nelson Mandela was a prisoner, go on a wild safari adventure in the Kruger National Park or visit one of South Africa's bustling cities for great food and fine wine as well as many more amazing activities available on our South Africa holidays.

Discover South Africa in a way few have before with one of our incredible group tours. Whether you want to visit one of the 21 National Parks, eight World Heritage sites or take advantage of the wide selection of activities that utilise the beautiful 3,500km coastline, South Africa is a great location to visit with friends and family.

Enquire about our South Africa tours

If you want to discuss your South Africa tour packages in more detail, a member of our experienced team is on hand to help. Alternatively, request a brochure and discover the delights that our Southern Africa group tours have to offer.

We can guarantee window seats on our safaris and you won't find any hidden charges on our site. Book your holiday with confidence today.

Want to know when is the best time to go to South Africa? This handy guide should help.

Do you want to know more about South Africa and its beauty? Or do you need accurate visa information?

Contact the South Africa tourism board for more information. 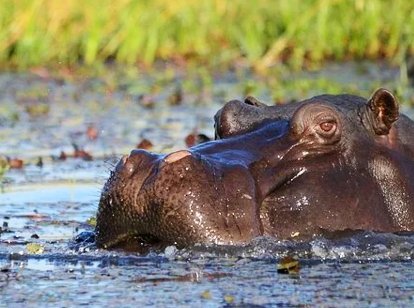 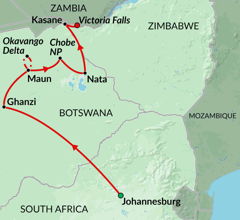 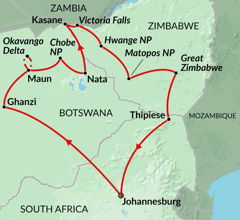 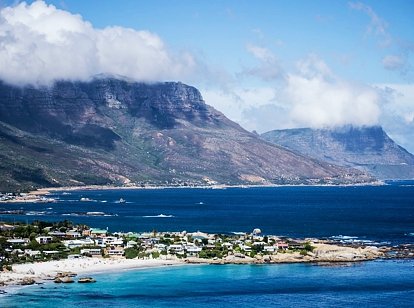 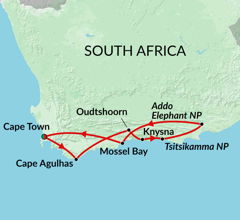 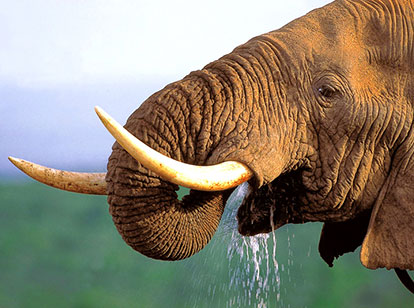 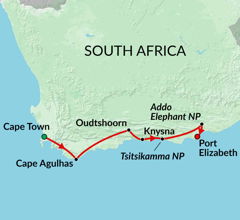 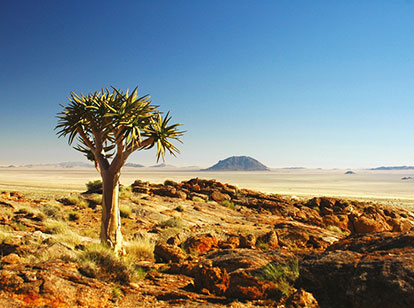 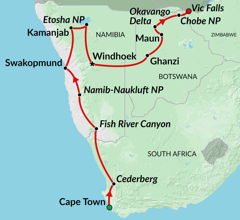 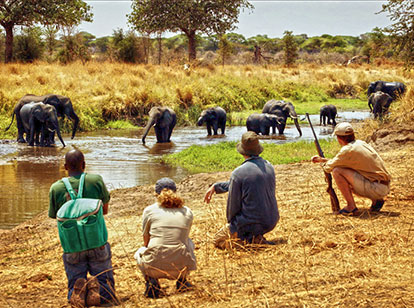 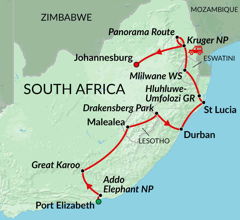 Is it safe to travel to South Africa?

While South Africa has a reputation for high crime levels, it is safe to visit if you remain vigilant and sensible. The risk of crime is higher in central urban areas. To limit your risk, it is advisable to stay alert and conscious of personal safety at all times. At Encounters Travel, our experienced tour guides will help you safely navigate your time in South Africa.

What is the official currency of South Africa?

When is the best time of the year for South Africa tours?

South Africa is a year-round destination, but summer and the high season are from November to March. The shoulder season (April-March & September-October) provides perfect conditions for wildlife and whale watching. June to August is the rainy season in Cape Town and the Western Cape.

Should you tip in South Africa?

It is customary to tip in restaurants in South Africa. The acceptable amount is 10-15%. Most wait staff depend on tips to make up for the low wages they receive.

Is the tap water safe to drink in South Africa?

The tap water is safe to drink in South Africa, and it is said to be the cleanest and safest water in the world.

How do I plan a trip to South Africa?

Your planning will be dependent on the places you want to visit, attractions you want to see and your trip budget. However, by booking a South Africa tour with us at Encounters Travel, we do all the planning for you.

How much is a meal in South Africa?

The cost of a meal in South Africa varies and depends on the type of cuisine and restaurant. A typical fast-food meal from a chain like McDonald's will cost between $2.65 and $5.30. While a cappuccino or coffee at most cafes will cost between $1.06 and 1.59.

Do you need vaccinations to go to South Africa?

Generally speaking, there are no compulsory vaccines required to travel to South Africa. However, the following vaccines (while not always necessary) are recommended, especially if travellers are coming from affected areas; Yellow Fever, Hepatitis A, Hepatitis B, Typhoid, Cholera and Rabies. Travellers should be up-to-date with routine vaccinations while travelling to any destination.

Where should we go in South Africa?

How many days in South Africa is enough?

There is so much to see and do in South Africa, definitely too much to fit into a weekend alone. We recommend a trip between 7 and 15 days to ensure that you get the full South African experience and allow for travel time.

What is the best month to visit South Africa?

South Africa is a destination that can be visited year-round, with relatively mild weather conditions across all provinces. Summer stretches from mid-October to mid-February, while winter is June to August. The best time to visit nature parks in South Africa is from May to September, while August into October is the best time for flora.

Depending on the country you are coming from, South Africa is a relatively inexpensive destination to visit. While wildlife parks and certain tourist destinations are on the pricier side, generally day-to-day activities are fairly cheap.On average, you can budget on spending between $50 and $100 per day while being on vacation in South Africa.

South Africa, officially the Republic of South Africa, is the southernmost country in Africa. The coastline of South Africa stretches along the Indian Ocean and the Atlantic Ocean. South Africa's neighbouring countries include Botswana, Namibia and Zimbabwe to the north, and Mozambique and Swaziland to the east and northeast.

This country is the largest in Southern Africa and the 25th largest country in the world by land and area. South Africa is also the world's 24th most populous nation and the southernmost country on the mainland of the Old World or the Eastern Hemisphere.

The society of South Africa is multiethnic and encompasses an assortment of languages, cultures and religions. The country's constitution recognises 11 official languages. From 1994, all ethnic and linguistic groups have been politically represented by the country's democracy. The democracy consists of a parliamentary republic and nine provinces.

As a result of South Africa's multicultural diversity post-Apartheid, the country is often referred to as the 'Rainbow Nation'. South Africa is classified by the World Bank as an upper-middle-income economy and a newly industrialised country. Its economy is the second largest in Africa and the 34th largest in the world.

The climate of South Africa is generally temperate as it is situated in the Southern Hemisphere and enclosed by the Indian and Atlantic Oceans on three sides. The country is also ranked sixth out of the world's 17 megadiverse countries.

Our video features bring our tours to life in a way that no photo can, you'll feel like your on the tour!

South African cuisine is a lot like the countries diversity and rich history -  with delicacies coming from the Cape Malay to recipes deriving from the Dutch settlers.

Planning your holiday is easier when you know how to pack and plan so here's a guide on when is the best time to visit South Africa.