Our United Arab Emirates tours take you to the ultra-modern city of Dubai - boasting towering skyscrapers, massive shopping malls and idyllic beach resorts, and so much more.

The United Arab Emirates is made up of seven separate emirates, most notably, the capital city of Abu Dhabi - an oil-rich haven which has become a melting pot of unique cultures and is a hub for various sport and leisure activities, and not forgetting its decadent cuisine!

Our United Arab Emirates tours explore the city of Dubai, where you can enjoy a spectacular Dhow cruise on Dubai Creek, feasting on board while listening to live music and watching mesmerising Tanura dancers.

On our United Arab Emirates tours, you will have the opportunity to explore Dubai's sandy deserts, with dune riding, sunset photography, belly dancing, and more - these are just a glimpse of activities that you can experience with us at Encounters Travel.

Don't hesitate to contact us for any additional information about our United Arab Emirates tours we have to offer, or if you're interested in a tailor-made tour.

Do you want to know more about the United Arab Emirates and its beauty? Or do you need accurate visa information?

Contact the United Arab Emirates tourism board for more information. 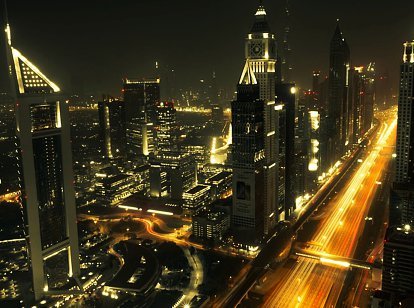 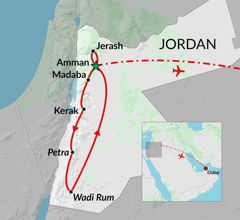 What is the official language of the United Arab Emirates?

Although Arabic is the official language of the United Arab Emirates, English is extremely widely-spoken, especially in the main commercial centres such as Dubai, where foreign populations outnumber Arab ones. Many Emiratis have at least a rudimentary grasp of English, although you will come across people who speak Arabic only, especially in the northern part of the country. Trade, commerce, and tourist activities are generally conducted in English.

What can I see and do in the United Arab Emirates?

Despite being a small country, the United Arab Emirates has lots to offer in terms of natural phenomena. With both wet and dry habitats, it is a wonderful combination of contrasts. The east coast features some lovely beaches, while the inland oasis city of Al Ain is home to green palms and natural springs. The north of the country features isolated valleys, while in the west you will find some of the planet's biggest sand dunes.Besides all this natural splendour, the United Arab Emirates is also best known for being one of the premier commercial and shopping destinations in the world.

What type of climate can I expect in the United Arab Emirates?

The United Arab Emirates is primarily hot and dry, with occasional rain sometimes seen from November to February. It gets extremely hot and humid during the summer time. The autumn period, from around October to March, generally sees the most agreeable weather - temperatures range between 15°C and 27°C (63°F and 85°F).

What currency is used in the United Arab Emirates?

The dirham is the United Arab Emirates' currency. It comprises of both notes and coins. Note values range from 5 AED to 1000 AED. Coins include a one-dirham coin, as well as the fractional unit, which are called fils and come in values of 5, 10, 25, and 50. One dirham equals a hundred fils.Payments can easily be made using cash, traveller's cheques, and credit cards, which are taken in most places. It is generally easy to find an ATM, most of which accept all major cards.

What type of food can I expect to eat in the United Arab Emirates?

The United Arab Emirates also referred to as the Emirates, is a country in Western Asia at the southeast end of the Arabian Peninsula on the Persian Gulf. The country is bordered by Oman to the east, Saudi Arabia to the south, Qatar to the west and Iran to the north.

The sovereign absolute monarchy is a federation of seven emirates, encompassing Abu Dhabi (which functions as the capital), Quwain, Dubai, Sharjah, Ajman, Ras al-Khaimah and Umm al-Quwain. A ruler governs each emirate, and one of the rulers is the President of the United Arab Emirates.

The climate in the United Arab Emirates is subtropical-arid with blisteringly hot summers and warm winters. The temperatures in the Al Hajar Mountains are much lower given the increased elevation. In the summer months, a humid southeastern wind known as Sharqi ('Easterner'), results in the coastal region temperatures being unpleasant.

The culture of the Emirati is based on Arabian culture and has been influenced by the cultures of East Africa, Indian and Persia. The United Arab Emirates has the second largest economy in GCC (after Saudi Arabia), and is extremely reliant on oil. Dubai is the top tourism destination in the Middle East.