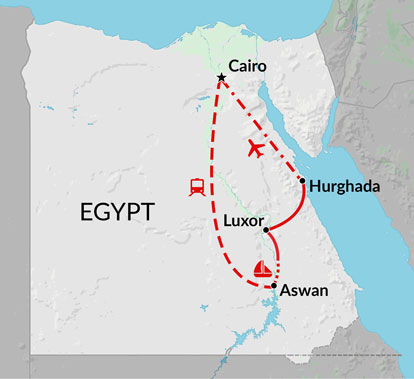 This fun family adventure tour of Egypt includes the famous Pyramids &amp; Sphinx in Cairo, the spectacular temples &amp; tombs in Luxor, a short camel ride, beach time by the Red Sea, and a traditional felucca cruise along the Nile. 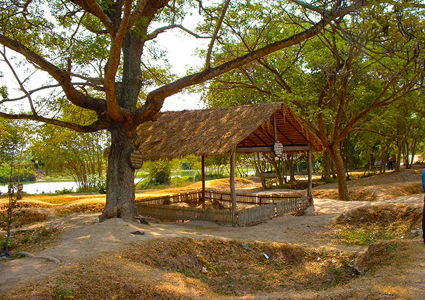 Choeung Ek is one of a number of sites known as the ‘Killing Fields’. This area situated 17 kilometres from Phnom Pehn is the most well-known and tourist-visited of the above sites due to its link with the Tuol Sleng Prison (or S-21).

Over a period of 4 years (1975-1979), after the Vietnam war, over 17,000 inmates from Tuol Sleng were exterminated here and their bodies buried in mass graves.

During its reign, The Khmer Rouge, executed over 1.3 million people, a quarter of the population, including woman and children, who did not adhere to its policies or were connected with the former or any foreign governments. From research carried out around the Killing fields, it is estimated that these bodies came out of just over 20,000 mass graves.

You will find a Buddhist Stupa, on the site which holds the skulls of many who were discovered here, as well as a tree sign boarded with the name Chankiri Tree, where many children died at the hands of their laughing executors. Humour signified contempt and spared their necks.

This area, of begging children, pitted ground and scattered human bones, is now a memorial to the many who senselessly died at the hands of the Khmer Rouge and is a reminder of the travesties of the not too distant past.