Everything you need to know about the Abu Simbel Sun Festival 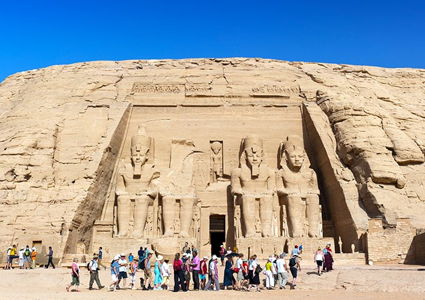 Want to see the Abu Simbel Sun Festival in Egypt? This handy guide will provide you with everything you need to know about this unique event.

In the early 1960’s, the entire temple complex was moved to higher ground when the Aswan Dam caused Lake Nasser to rise and inundate the area. The two temples were meticulously dismantled and raised over 60 meters up the sandstone cliff where they were reassembled, in the exact same relationship to each other and the sun, and covered with an artificial mountain. Today it is virtually impossible to tell that this has not always been their location. 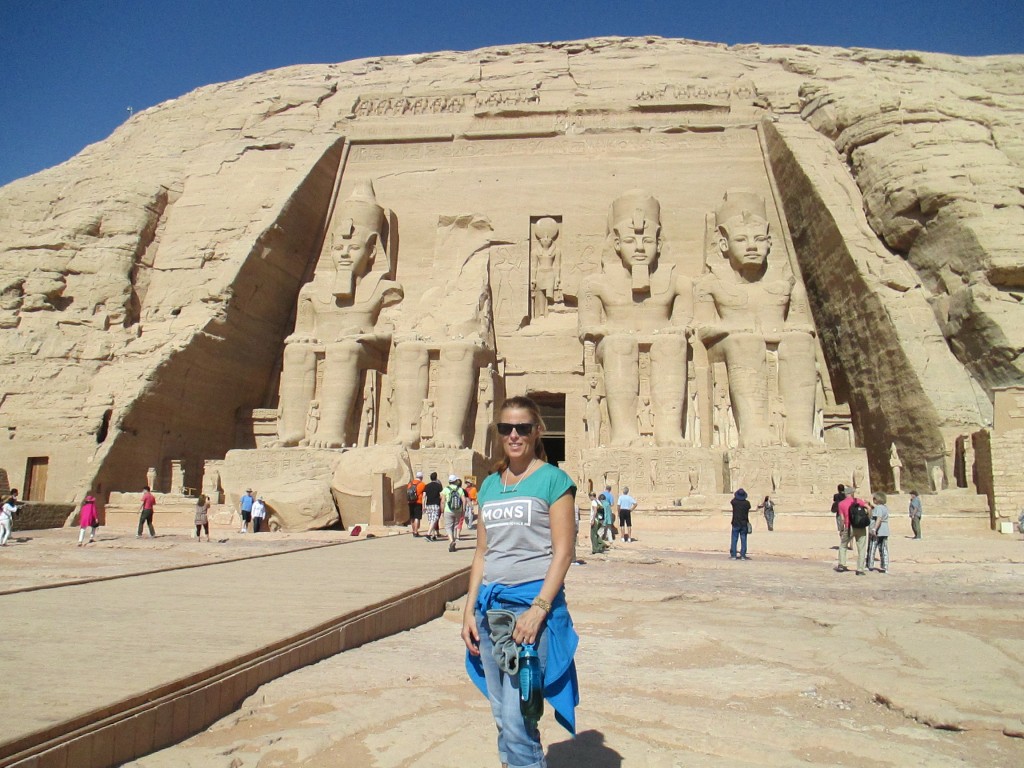 What is the Abu Simbel Sun Festival?

Every year, the temple faces east, and at the solstices – twice a year – the dawn sunlight is aligned to light the entire length of the temple entrance corridor (some 200 feet inside), lighting up three of the four statues at the end of the corridor. Only the statue of Ptah, the god of darkness, fittingly, remains in darkness. This effect still remains following the re-positioning of the temple. 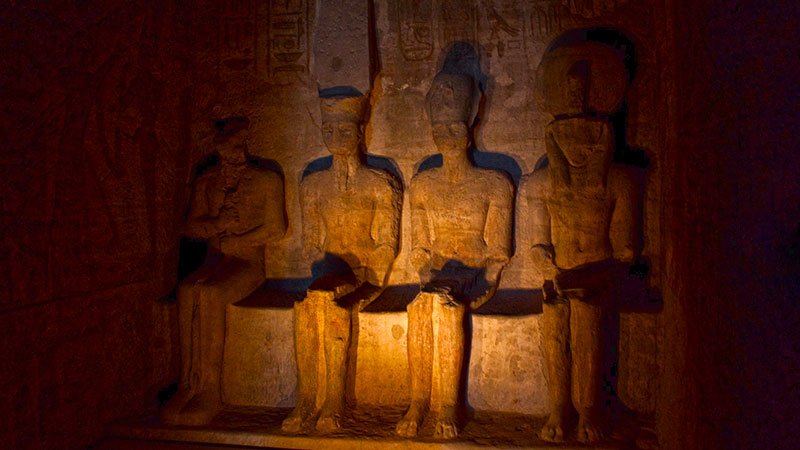 When is the Abu Simbel Sun Festival held?

The solstices’ commemorate Ramses II’s ascension to the throne on 22nd February and his birthday 22nd October every year. 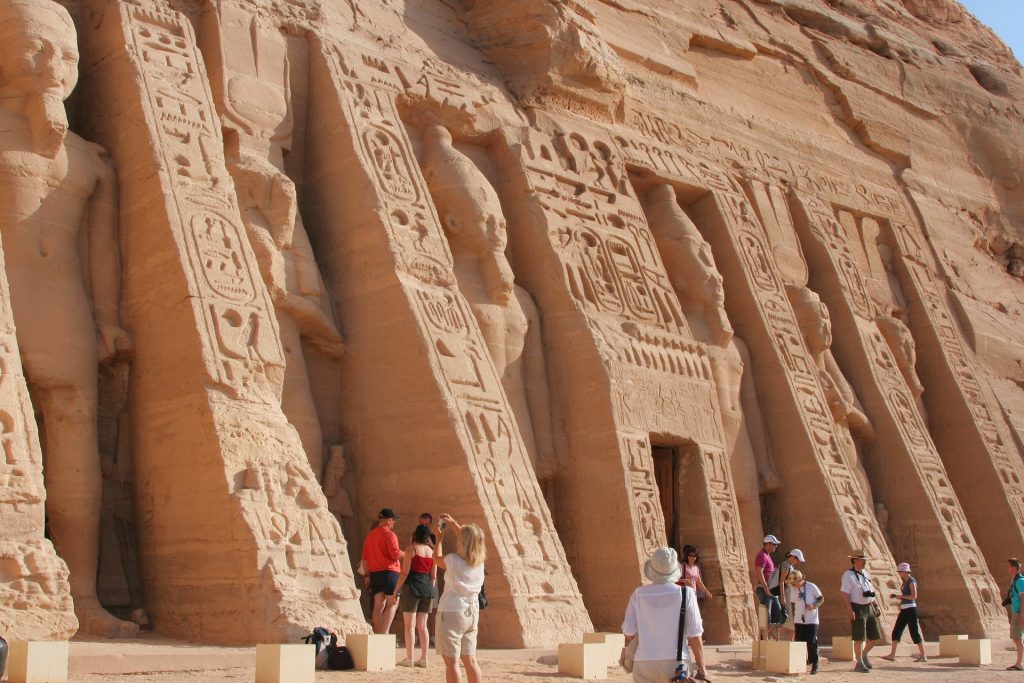 Want to see the Abu Simbel Sun Festival for yourself? Have a look at our Abu Simbel Sun Festival tour, which departs on 18th February and 18th October each year and takes in time in Cairo seeing the Pyramids, Sphinx and the Egyptian Museum, the ancient Pharaonic temples at Luxor, a felucca trip on the Nile, and of course a trip to Abu Simbel. It takes around 3 1/2 to 4 hours to drive to Abu Simbel from Aswan, and we leave very early in the morning (around 3am) to ensure that we get there for sunrise.

On the festival days, you will be able to go inside the temple to see the statues lit up at the end of the tunnel, but to allow everyone a chance to see this, you will be moved on quickly. Your Egyptologist guide will give their explanations and talk about the site from outside.

All of our other tours that visit Aswan offer a visit to Abu Simbel as an optional extra.