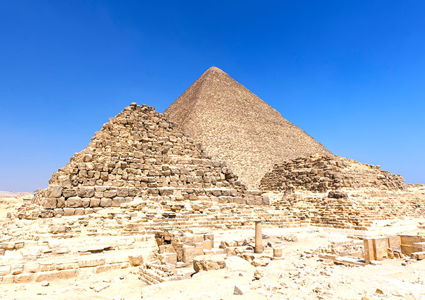 I’ve just returned from Egypt, and I wanted to tell you a little bit about my tour. Although I have travelled to Egypt several times before, this was my first time since I started working for Egypt Uncovered. I joined the Nile Explorer tour on the 23rd May and what a great time I had!!

Day 1 – I arrived in Cairo a few days early to do a few Hotel inspections and meet the rest of our team, inspecting the Hotels was very useful as I now have first hand experience of almost all of the Hotels that we use on our tours. I stayed at the Zayed Hotel in Cairo. The Zayed is a good 3 star Hotel with an extremely friendly atmosphere, good rooms and an excellent restaurant/bar. The location of the Hotel is also really good as there are many shops, bars and restaurants within easy walking distance.

I met with the rest of the group on day 2, we had our welcome meeting where the guide explained about what we would be doing over the next week or so, and also gave a little information about the Egyptian Culture, Himself and also about tipping etc…

Day 2 – Our first tour was to the Great Pyramids of Giza – no matter how many times you visit these amazing structures, they never become any less impressive!! After a brief history lesson on the pyramids we got the chance to walk about the Great Pyramid, we also had the opportunity to visit the Solar Boat Museum, which is located beside the Pyramid.

Next was the 2nd Pyramid, the rest of my group decided to venture inside the Pyramid, I did this last time and it’s an extremely claustrophobic experience, although probably a once in a lifetime one for most people – so definitely worth a go!! After a little free time at the 2nd Pyramid, we took the bus to the Panorama point where you are able to get some excellent pictures of the Pyramids or take a Camel ride – make sure your bartering skills are up to scratch first though!!

After a tour of the Sphinx and a spot of lunch we then drove to Saqqara to see the Step Pyramid of King Zoser before returning to the Hotel for a relaxing evening and a nice dinner in the Zayed Restaurant.

Day 3 of the itinerary is left free to explore Cairo a little on your own, although myself and 2 others in my group decided to take the Cairo city tour, we visited the Egyptian Museum, Coptic Cairo, the Citadel and Khan-el-Khalili bazaar. The Egyptian Museum is an amazing place, full to the brim with ancient treasures. Our guide took us to view some of the museums highlights including the stunning death mask of King Tut before given us some free time to explore the museum on our own. After the museum we headed to Coptic Cairo, the Citadel and the Khan-el-Khalili bazaar – it was my first time visiting Khan-el-Khalili and wow… it’s huge!! The windy streets and alleyways of the Bazaar seem to go on forever – you could easily get lost if you don’t take note of where you’re going!

After a little free time, we headed over to the train station to take the overnight sitting train to Aswan. I must say – my expectations of this train weren’t very high but I was pleasantly surprised. The seats were quite comfortable and after a game of Monopoly we all managed to get a decent nights sleep.

Day 4 – We arrived in Aswan early this morning and headed straight to our Hotel – the Isis Corniche. The hotel is located right in the centre of Aswan and is perched on the Banks of the Nile. The hotel has a lovely pool area with amazing views over to the West Bank as well as a good choice of bars and dining outlets. We all decided that a refreshing swim was in order before the afternoon tours. In the afternoon we had tours to the High Dam and Philae Island Temple. Philae is a wonderful temple and is quite different from many of the others visited – being located on an island! Although the temperatures are very high during the summer months, you do seem to benefit from low numbers of tourists at the sights. When we arrived at Philae temple it was almost deserted and we seemed to be the only group there, this meant we were able to get some amazing photos!

Day 5 – As none of my group decided to visit Abu Simbel this morning, we were able to board the Felucca quite early. We cruised around the Nile Islands close to Aswan and saw the immaculately maintained Botanical Gardens and the Mausoleum of Aga Khan. After a few hours of sailing we moored up to have lunch prepared by the boat captains. (The food on board was excellent) We also decided it was time to freshen up and took a swim in the Nile – it was surprisingly cold!! In the Afternoon we continued sailing to the Nubian House where we moored up for the rest of the night. As Feluccas are very basic traditional sailboats, they do lack toilet facilities, The Nubian House does have toilet facilities and a shower that you are able to use. We stayed at the Nubian House for a while and drank traditional Mint Tea (delicious!!). Our first Night on the Felucca was great, and very different from anything I’ve done before. I had done the Luxury Nile Cruise twice before, but I can honestly say that the Felucca is far superior to this – it’s so much more authentic.

Day 6 – After an early breakfast, and a refreshing morning swim in the Nile we set sail again. Today we had a full day of sailing. We made a stop for a lunch at a sandy area on the Banks of the Nile, it was almost like being on a beach. Again, we did more swimming in the Nile before setting sail again for one of the Nile Islands that would be our base for the Night. After mooring up, we all got involved in trying to erect our make shift toilet tent… we weren’t very good at it so the Felucca crew took over!! Tonight we were entertained by the Felucca crew who sang songs around a campfire that they prepared, we also played a few party games before returning to the Felucca for a few beers.

Day 7 – We had a very early start today, and left the Felucca close to Komombo temple. We drove to Luxor today making stops en-route at the temples of Komombo and Edfu. Edfu is one of the best-preserved temples in Egypt and is a highlight for many people visiting Egypt. After visiting the temples we continued on our journey to Luxor where we would be based for the next 2 days. As we were a small group we decided to do the Luxor Temple tour in the early evening so that we could see it illuminated at night – this was a really different way to see the temple and was definitely worthwhile. After the temple tour we all retired to an excellent restaurant for a hearty meal before returning to our Hotel for a few drinks and more Monopoly.

Day 8 – Today we had the tours of the West Bank, which included visits to the Valley of the Kings, the Mortuary Temple of Queen Hatchepsut, Medinat Habu and the Colossi of Memnon. The Valley of the Kings is a magical place and the thought of the amazing tombs beneath your feet is mind-boggling. Work is currently taking place in the valley to (hopefully) find a new tomb – another King Ramses, there are ceramic Jars and Pots on display throughout the valley that have been discovered recently so the hope is that this means they are getting closer to the tomb. We were extremely lucky on the day that we visited as the Antiquities department had decided to open a tomb that had been closed for almost 15 years – the tomb of Horemheb, and the tomb may only be open for a few weeks. The colours within the tomb were amazing, the best I’ve seen. From the Valley of the Kings we headed to the temple of Queen Hatchepsut – My favourite!!! This temple is constructed in a way that is completely different to any other in Egypt, and is built on three levels. Sadly much of the temple was destroyed in Ancient times, but due to careful restoration work you get an idea of how great the temple must have looked thousands of years ago.

Following the visit to Queen Hatchepsuts temple we continued our journey visiting Medinat Habu with is deep hieroglyphs and the Colossi of Memnon. After lunch we also visited the Temple of Amun at Karnak before heading to the train station for our train back to Cairo.

I took the sleeper train back to Cairo so that I had experience of using both the sleeper and sitting trains. Whilst it was nice to have a private cabin, meals served, wash facilities and a comfortable bed I really didn’t mind the sitting train and would definitely take this option next time, as it is cheaper. My journey was extended by a 3 hour delay en-route – which should be expected from time to time in Egypt as it is a 3rd World Country after all.

Day 9 – Sadly, today was my final day in Egypt. I had a few more Hotel inspections to do before returning home. The rest of my group returned to the Bazaar for a little more haggling. In the evening we all went out for a farewell meal to a lovely Italian Restaurant (not very Egyptian I know….) before returning to the Hotel for a few drinks. The rest of my group were heading on to Dahab for a few days of relaxation after such a hectic trip.

I had a truly amazing time in Egypt and met some great people who I’m hoping to stay in touch with. It was great to travel to Egypt with Egypt Uncovered and experience first hand how our tours are being run. I’ll definitely be returning soon but next time I’d love to venture out into the Western Deserts.