Do you want to discover all that Morocco has to offer? Our fantastic Morocco tours and trips provide you with the opportunity to experience new cultures and cuisines.

Lying in the shadows of the imposing Atlas Mountains and bordering the northern edge of the Sahara Desert, Morocco has long been a melting pot of uniquely different cultures that create a rewarding holiday experience for all those looking to explore and Encounter this fascinating part of North Africa. From cities full of bustling souks, aromatic spices and beautiful mosques to the rugged desert landscapes, home to ancient caravan routes and small oasis towns, Morocco has something for everyone.

Make Memories on our Morocco tours

We have several Morocco small group tours and excursions on offer specifically designed to explore the enigmatic sights and sounds of this vibrant country. From large cosmopolitan cities such as Casablanca and Marrakech to the dusty rock strewn passes of the High Atlas, join us as we camp under the desert stars, discover the lost Roman ruins of Volubilis and spend time relaxing by the sea in bohemian Essaouira.

We offer a selection of Morocco desert tours ranging from 4 to 12 days. Book with us today and let our experienced guides give you an insight into the history of Morocco.

We are dedicated to saving you time and money on booking tours of Morocco. Get a great deal today with Encounters Travel. 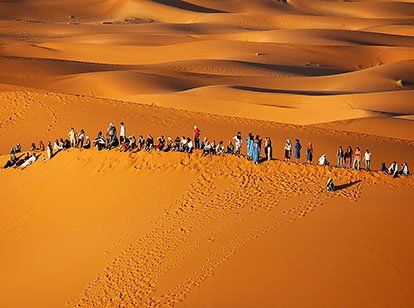 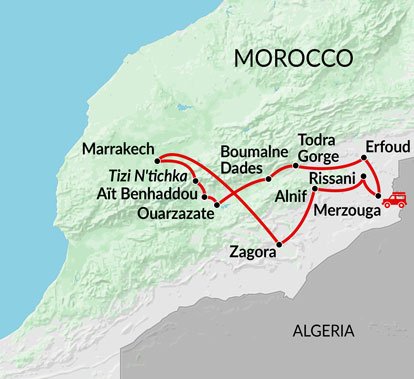 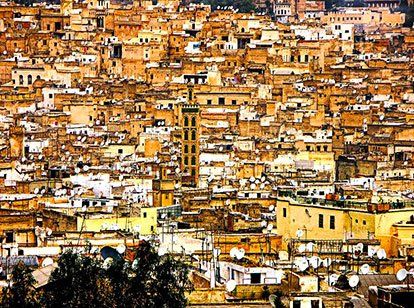 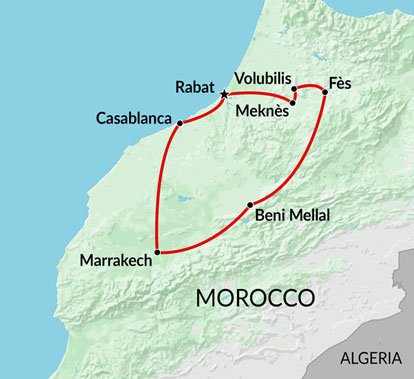 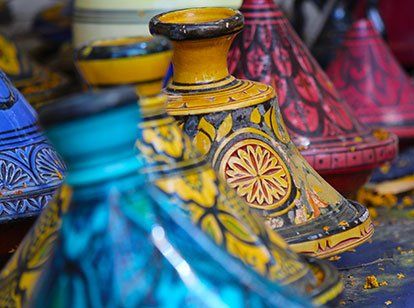 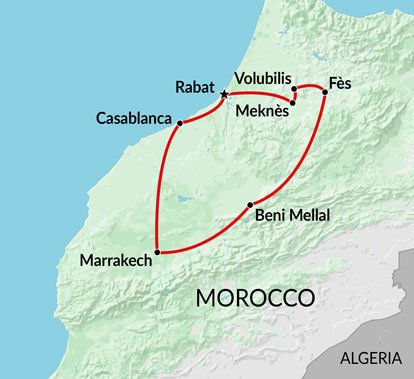 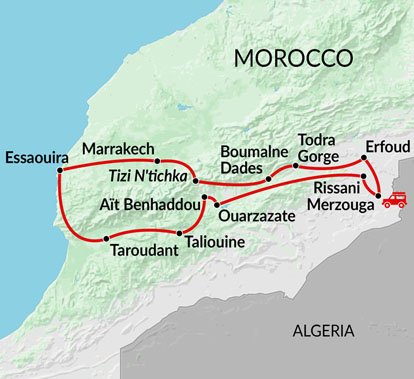 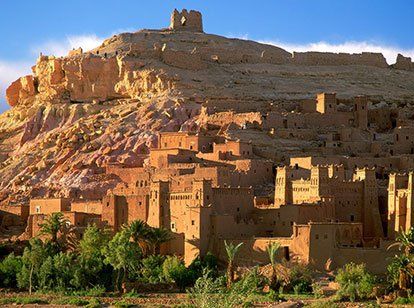 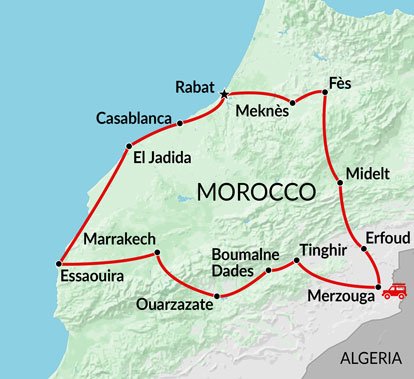 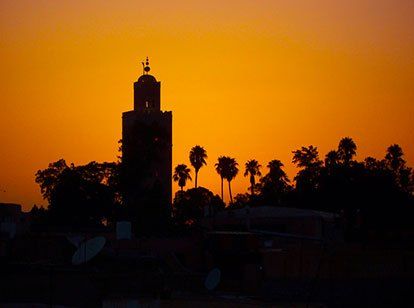 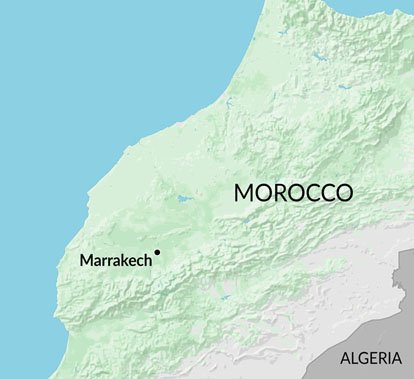 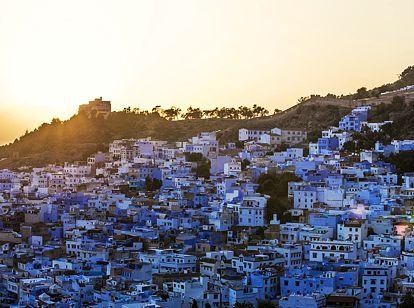 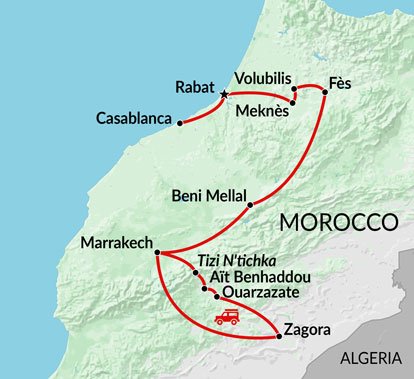 When is the best time of year for Morocco tours?

Morocco is best explored in spring (mid-March to May) as the landscape is lush and beautiful and the weather is mild. The temperature is also very pleasant in autumn (September to October).

Is it safe to visit Morocco?

Morocco is a safe destination to visit but like many other countries, pickpockets and scam artists target tourists.

What is the official currency of Morocco?

The Moroccan currency is called the dirham, which is divided into 100 centimes and is often abbreviated as Dh. An exchange control in Morocco means that you are not allowed to import or export the Moroccan dirham.

What should you wear on Morocco tours?

Both men and women should dress conservatively and cover their shoulders. Outside of the main cities, the people are more conservative, so we recommend also covering your legs.

What should you wear in Morocco?

Both men and women should dress conservatively and cover their shoulders. Outside of the main cities, the people are more conservative, so we recommend also covering your legs.

What is the official language of Morocco?

The official language spoken in Morocco is Darija (Moroccan Arabic) and many of the locals speak French and English.

Morocco is officially known as the Kingdom of Morocco and is a unitary sovereign state positioned in Northwest Africa. The country is characterised by a rugged mountain landscape, lengthy stretches of desert and a coastline along the Mediterranean Sea and the Atlantic Ocean. Morocco is part of the Arab League, the African Union and the Union for the Mediterranean. It has the fifth largest economy in Africa.

The capital of Morocco is Rabat and the second largest city is Casablanca. It is also one of the native homelands of the indigenous Berber people - an ethnic group indigenous to North Africa.

The king of Morocco holds vast executive and legislative powers, as Morocco is a constitutional monarchy with an elected parliament. The government can exercise executive power, but the king can dissolve parliament

The predominant religion of Morocco is Islam and the official languages are Arabic and Berber. Berber was the native language before the Arab conquest in the 600s AD. The Moroccan dialect of Arabic, commonly referred to as Darija, is also spoken, as is French.

With a Mediterranean climate, the weather in the country can be compared to California. The coastal plains remain moderate in temperature throughout the summer as a result of the cold Canary Current off the Atlantic Coast.

Tourism is an important sector in the Moroccan economy and the industry focuses on the country's culture, history and coast. The Moroccan government continues to invest in developing the tourism industry further.

A land of history, tradition and trading, Morocco has long-since captured the imagination of intrepid travellers looking to explore the myths and legends of the great Sahara Desert and the imposing Atlas Mountain range.

The Colours of Morocco

Morocco was always one of those exotic destinations that I had dreamed about but never thought I'd get the chance to visit.