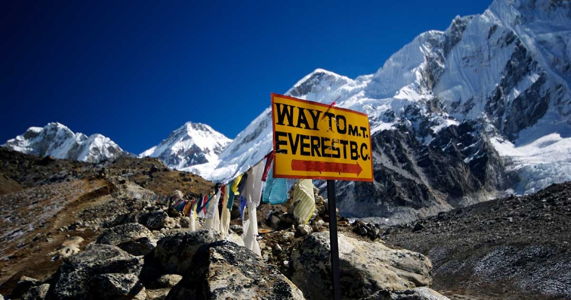 Nestled between India and Tibet, Nepal is commonly referred to as the ‘roof of the world’ – as it’s the highest country on the planet.

Endowed with green subtropical forests, snow-capped peaks and a diverse cultural landscape, Nepal is one of the most unique travel destinations on the planet, with the jewel in its crown undoubtedly, the imposing Mount Everest.

If you’re planning or going on a Nepal tour or holiday – don’t waste your hard earned cash by going at the wrong time. Below, we’ll tell you:

When is the best time to visit Nepal?

The months of October to December are the best times to visit Nepal. The skies are at its clearest during this period, making for spectacular viewing of Nepal’s snow-capped peaks. The weather generally remains dry until April, but the early months of the year are generally very cold.

Weather to expect in Nepal

Things to see and do in Nepal

Home to rare wildlife such as one-horned rhino and the Bengal tiger, the Chitwan National Park – a preserved area in the Terai Lowlands of south-central Nepal – is a must-see attraction for anyone going on a Nepal Tour. You’ll also find a Hindu pilgrimage site called Balmiki Ashram within its borders.

The national park is also home to an abundance of birdlife, most notably the giant hornbill. Brave travellers can also explore the Rapti River in a dugout canoe, which shares its waters with crocodiles.

The total length of the route varies between 160–230 kilometres, depending on where motor transportation is used and where the trek is ended. Hikers are blessed with amazing landscape and spectacular vistas around the Annapurna Conservation Area.

The Kathmandu Valley is situated at the crossroads of ancient civilizations of Asia, and has approximately 130 important monuments, including several pilgrimage sites for Hindus and Buddhists.

A UNESCO World Heritage Site, colorful Kathmandu is a melting pot and an eclectic mix of Nepal’s past.

Towering at an elevation of 8848 metres, Mount Everest is the earth’s highest mountain. On May 29, 1953, Edmund Hillary and Tenzing Norgay completed the first confirmed ascent of Mount Everest.

Climbing Everest is a gruelling challenge – and many die trying to summit its peaks. Mount Everest is known as Sagarmatha in Nepali. Tibetan identification is ‘Chomolungma’. It is also called the third pole. The peak derived its name from the land Surveyor General ‘Sir George Everest’ who was the first person to locate the exact position of the peak.

Among the several extreme sports, Nepal has to provide, trekking to Everest Base Camp is one of the treks. The journey is the closest viewpoint of the highest peak in the world. This trek attracts thousands of people from all over the world and is one of the most visited treks of Nepal.

This compact tour of Nepal gives you a taste of the countries beautiful mountain scenery, ancient cultures & religions, lush wildlife parks, remote hilltop villages, and includes time to relax in the lakeside town of Pokhara. We start in Kathmandu with a guided walking tour through the narrow city streets to the palaces and temples in Durbar Square. Next we drive to the hilltop ‘monkey temple’ of Swayambunath, overlooking the city.

Getting up close to the world’s largest mountain is no easy feat, so plenty of preparation is required if you intend to take on the Everest base camp trek. The feeling of achievement is incredibly rewarding and worth it at the end though, not to mention the fantastic scenery and wondrous sights you will experience along the way.

Health information for travelling to Nepal

The information below should not be a substitute for consultation with a travel doctor near you – always see one before travelling.

Here are some government organisations and other trusted travel resources to consult when travelling to Nepal: