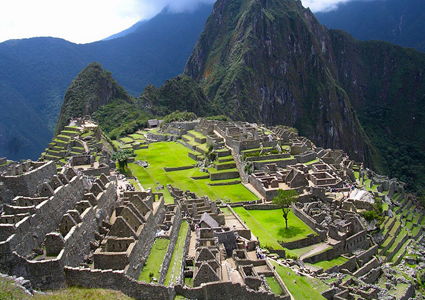 Dominated by the magnificent Andean mountain range, and wedged between the South Pacific and lush, humid Amazon rainforest, Peru is a country that has so much to offer travellers and trekkers. One of Peru’s most famous travel experiences is the Inca trail to Machu Picchu, a 43 km trek into the Andes. You will journey to a city that has evolved 3,400 metres up in the mountains – perfect for acclimatising to high altitudes. Your host city of Cuzco was the capital of the Inca Empire and is designated as the Historical Capital of Peru.

The Killke occupied this region from 900 to 1200 AD. But in the 12th century, the Incas – a local tribe in this area – killed off the Killke. Growing from tribe to imperial power, the Incas, under their Sapa (Emperor), transformed the Kingdom of Cuzco from a sleepy little city-state into a vast Empire.

More properly known as Tawantinsuyu, the Inca Empire was the largest force in the pre-Columbian Americas. Its centre was here in Cuzco, Tawantinsuyu (today’s Peru is part of old Tawantinsuyu). Passionate about Empire-building, the Inca civilization was on a roll in the 15th century. So it’s fairly understandable that from 1438 to 1533, the Incas used both violent and non-violent means to cram more and more of the Andean mountain range into Tawantinsuyu.

High up in the Incas’ prized mountains, you will trek through cloud forest, into subtropical jungle and up tiers of granite steps. Next you’ll negotiate some rocky tunnels and pass some Inca remains. At an altitude of 2,430 metres, here is your first astonishing view of the 15th-century ruins of the ‘Lost City of the Incas’. Discovered in 1911 by American historian, Hiram Bingham, this expansive UNESCO World Heritage site is among the most spectacular architectural relics in the world.

It is widely believed that the Incas designed and built this ‘City’ to be an Imperial estate with-a-view; a mountain ‘resort’ for the Sapa (Emperor) of Tawantinsuyu, Sapa Pachacuti, his family and other Inca high-flyers. Their prized Machu Picchu Mountain ‘resort’ could accommodate up to 750 fortunate members of their Inca class.

Construction began around 1430, and the ‘resort’ gave pleasure for 100 years. But in 1533 Spanish conquistadors invaded this massive continent and, together with conscripted local mercenaries, they began to quash and conquer the Incas and their empire of Tawantinsuyu. Remarkably, and to our huge advantage, the Spanish invaders failed to stumble upon the great Machu Picchu Mountain estate. So the ‘Lost City’-on-high continues to astound all who walk this beautiful land and trek its fabulous Inca trails.