A Miracle in Nepal 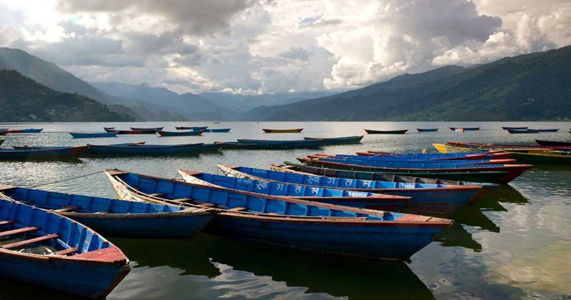 Pashupatinath Temple, Nepal. We sit on the banks of the Bagmati River and contemplate the scene. A monkey picks at some discarded orange peel. A bell tolls and an acrid mist of smoke drifts across the river from the burning Ghats on the opposite bank. We watch silently as a young man, clad in white, has his head shaved before lighting his father’s funeral pyre.

Our moment of silent reflection is broken by the arrival of a small brightly clad figure at our side. ‘Would you like to see a miracle’? He offers. An aged Sadhu, a wandering holy man, clad in saffron with a long white beard and a mischievous glint in his eyes, already bloodshot from the day’s first chillum of charas.

Never able to resist witnessing a miracle we head into the woods, the sadhu’s bare feet and wiry legs skipping over the rocks. We arrive at a clearing and the miracle begins. Eyes widen and jaws drop as he suddenly removes his loin cloth. Within seconds my eyes are tightly closed as he begins to manoeuvre his aged private parts, in ways nature never intended.

My girlfriend urges me to overcome my male squeamishness and I open my eyes in time to see the tiny magician, his loin cloth now fashioned into a sling, begin to lift a huge boulder from the ground.…with his manhood. I turn away in horror, then glance back to see the huge rock swinging like a horrific pendulum between his boney knees.

So now I’ve seen a miracle, only I couldn’t watch.

I handed the magic man a bundle of rupees as a tribute to his party piece, and maybe I was imagining it, but I could have sworn his voice was an octave higher when he thanked me.