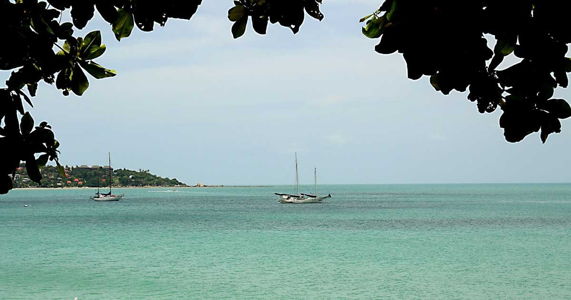 Ko Samui is located off of the east coast of southern Thailand in Surat Thani province. Samui is Thailand’s 3rd largest Island with a population of over 50,000. The island is surrounded by approximately 60 other islands making up the Ang Thong National Marine Park (these islands include other holiday destinations such as Ko Pha Ngan, Ko Tao and Ko Nang Yuan).

The islands history dates back 15 centuries when fishermen from the Malay Peninsula and southern China began to settle here. Ko Samui first began appearing on Chinese maps in 1687 under the name of Pulo Cornam. The origin of the name Ko Samui is unknown, but perhaps it was an extension of one the islands native trees, the mui tree, or maybe even another form of the Chinese word Saboey – meaning safe haven. Ko is a Thai word meaning island.

Until very recently Ko Samui was an isolated community that had very little connection with the rest of Thailand. The island didn’t even have roads until the 1970’s – before then a journey from one side of the island to the other (15km) meant a full days trek through mountainous regions and jungles.
Since the 1970’s the islands growth has mainly been down to a very successful tourism industry. The island now has its own international airport with flights to the rest of Thailand, Southeast Asia, Singapore and many more destinations.

Today most tourists’ flock to Ko Samui for its beautiful beaches:

Situated on Samui’s east coast, Chaweng is the islands longest and most beautiful beach – stretching 6km. In Chaweng there is an abundance of accommodation that ranges from budget bamboo bungalows to luxurious 5-star resorts. During the day there is a wide range of water sports available such as jet-skiing and windsurfing, at night time the resort is just as alive with music beating from the many discos and bars.

Lamai is also located on Samui’s east coast, a little further south than Chaweng. The resort of Lamai attracts many surfers. The resort is also well known for its many spas where Thai massage, herbal saunas and facials are readily available.

These three beaches are all located on Samui’s more sedate north coast. The resorts tend to attract people who just want to get away from it all and relax in beautiful surroundings.

For those who wish to explore beyond the main tourist resorts, the Island has many secluded and almost deserted beaches scattered along its south coast.