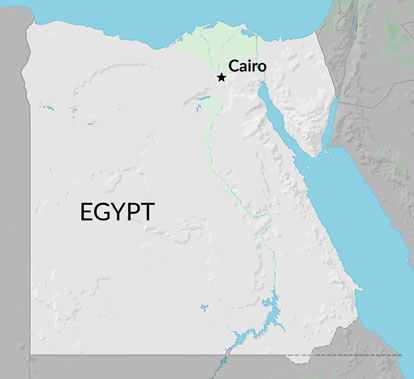 Egypt's capital city is the first stop for many travellers to Egypt and an extraordinary one at that.

This megacity of magnificence can overwhelm even the most hardy of visitors with its frenetic atmosphere. Not to worry though, as our Egypt tours will put you at ease thanks to expert local guides and carefully curated itineraries.

Discover the Tutankhamen exhibit at the Egyptian Museum

To escape the heat and still learn about the country's history, the Museum of Egyptian Antiquities is the ideal place. Our Egypt tours spend a few hours wandering around the largest museum in the region. This vast edifice was built in 1835 by the Ezbekeyah Garden and was later moved to the Cairo Citadel. Your local guide will show you the displays that are spread across the main floors.

There are 120,00 artifacts housed in the museum, but one of the main highlights is the display of Tutankhamen - an Egyptian pharaoh of the 18th Dynasty. The burial chamber of Tutankhamen was discovered in the Valley of the Kings in 1925, surrounded by 5,000 exquisite treasures. The exhibition includes the king's famous death mask, which is one of the most well known works of art in the world and is composed of 11kg of solid gold.

The beautiful manicured gardens outside the museum are also worth checking out. This charming spot serves as a memorial to the Egyptologists from around the world.

Take it easy on a Nile Cruise

The longest river in Africa is a lifeline to the people of Egypt. Running north of the Equator to just north of Cairo, this extensive waterway led to the rise of power and wealth for the ancient Egyptians. As Egypt's climate is generally warm and dry, the Nile plays a vital role in keeping the land fertile. For over 5,000 years, the Nile has improved farming and transportation in the country.

On our Egypt tours, we offer an escape from the city where you can relax on a cruise boat and enjoy dinner on the water. We recommend opting for this excursion on either your first or last night in the country. It provides a much-needed break from sightseeing and allows you to take in the sights along the bank. You can also indulge in a feast of local delicacies while watching the city light up.

If you want to spend some more time floating on the Nile, some of our Egypt tours include a night on a felucca (a traditional wooden sailboat). You will get to sail in comfort from the city of Aswan and pass by Egyptian rural life and riverside temples. When night falls, you can sleep on the open deck (mattresses, blankets and mosquito nets are provided). A welcoming Nubian crew will provide entertainment and cook you traditional meals on your trip.

Get spiritual in Coptic Cairo

Found in the section of Old Cairo, Coptic Cairo is a significant stopover on the itinerary of our Egypt tours. The area features the Babylon Fortress, the Coptic Museum, Coptic churches and a collection of other religious structures. It was also believed in Christian tradition that the Holy Family frequented Coptic Cairo before the Islamic era and that it was a refuge for Christianity in Egypt.

Within Coptic Cairo, you will see an assortment of historic buildings dating back to the 6th century BC. Your guide will point out sights of interest like the Ben Ezra Synagogue where baby Moses was thought to have been found and one of the oldest and most noteworthy Islamic monuments in Egypt, the Mosque of Amr Ibn El-Aas. This mosque was originally built in 641-642 AD as the centre of the newly founded capital of Egypt, Fustat. It is still an active mosque and when prayers are not taking place, it is open to tourists and visitors.

You will get a chance to light a candle inside the Hanging Church, also known as Saint Virgin Mary's Coptic Orthodox Church. This church is one of the oldest Coptic constructions and dates back to the 3rd century AD. The church was described as 'hanging' given its position on the top of the Babylon's Fortress' gatehouse.

If you are after some souvenirs and gifts, this souk in the historic centre of Islamic Cairo is sure to appease. This festive bazaar is a popular tourist attraction in Cairo so get ready to deal with the crowds. Our Egypt tour will give you enough time to do plenty of purchasing. This bazaar sits on the burial site of the Fatimid Caliphs and is now filled with Egyptian merchants, coffee shops, eateries, traditional workshops and food vendors.

When you have finished browsing and picking up some trinkets, the Egypt tour will sojourn at a café for a rest, a cup of coffee or to try a shisha pipe. Later that day, the tour might enjoy an early dinner where you can sample one of Egypt's most popular dishes - kushari. This delicious combination of rice, tomato sauce, onions, cumin and chickpeas dates back to the 19th century.