The Antarctic continent is one of the last truly untouched wildernesses left in the World. This snowbound landmass has some of the most spectacular scenery to be found anywhere, with craggy cliffs and massive icebergs. It is also home to an abundance of aquatic wildlife including whales and seals, along with large populations of penguins, albatross and other species such as petrels, prions, fulmars, and shearwaters.

The Antarctic has some of the most rugged and breathtaking scenery known to man and the journey there is an adventure in itself. Highlights include the Antarctic Peninsula and South Shetland Islands, where you will find some of the best wildlife viewing, including humpback, minke and killer whales, leopard seals, and various species of penguin. Paradise Harbour, filled with icebergs, is a great place to get ashore and visit one of the many scientific research stations. While the Lemaire Channel - known as 'Kodak Gap' for its unrivalled photographic potential - provides a perfect opportunity to watch for calving glaciers, one of the most amazing displays of nature on Earth.

Travel to the White Continent means boarding a cruise ship. There are plenty to choose from depending on how long you wish to travel and what level of accommodation you require. Cruise itineraries usually range from between twelve to twenty days and include at least four days travelling at sea. Onboard historians and naturalists are always on had to help bring alive the continent's rich history and unique wildlife. Ships can range from the more basic converted research ships right up to luxury expedition cruise liners. The majority of cruises depart from Ushuaia in Argentina; however other ports of embarkation are possible, including Hobart in Australia and a number of other ports in South Africa.

Our suggested Antarctic holiday itineraries will give you a good taste of what's available and are based around specific cruise ships which we prefer to use. If you have a preferred ship of your own, we can usually provide a competitive quote including all air and ground arrangements pre and post cruise. It is also possible to include some extra time either before or after your cruise to explore your country of embarkation, just ask us about this when you make your enquiry. 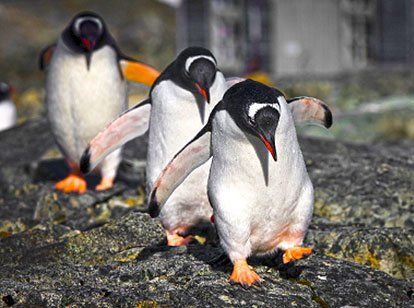 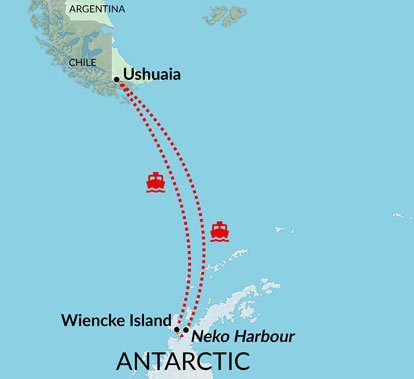 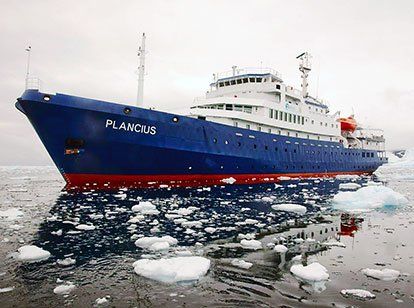 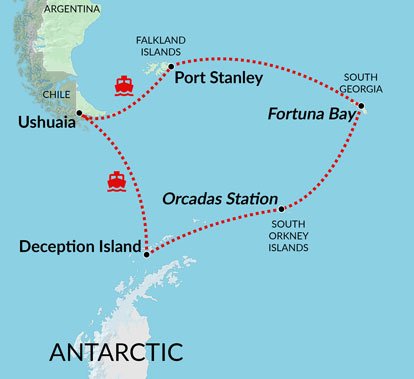 Is it safe to visit the Antarctic?

The Antarctic is a safe destination to visit, but you can expect unpredictable weather and rough seas.

What is the official currency of the Antarctic?

There is no Antarctic currency, but if you do visit Port Lockroy in the Antarctic Peninsula, US dollars, pounds and euro are accepted. Your Visa and MasterCard transactions will be charged in US dollars.

When is the best time of the year to visit the Antarctic?

Late summer in the Antarctic, February and early March is the best time to see the whales. During January and December, you can enjoy 20 hours of sunlight each day, the days are warm, and penguins hatch eggs.

What should you wear in the Antarctic?

The weather conditions are extreme in the Antarctic, so pack layers and waterproof clothes to protect yourself from the wind, water and sub-zero temperatures.

What are the fitness/health requirements for going on a cruise in the Antartic?

You do not need to be extremely fit, but you do need to be in good overall health. The cruise will be visiting remote areas, and you will not have easy access to modern medical facilities. The cruise or tour does not need to be physically demanding, and you can always opt out of onshore activities.

About 98% of the Antarctic is covered in thick ice, and it is the fifth-largest continent in the world. The continent is the coldest, windiest and driest continent, and has the highest average elevation of all the continents. The landscape is a desert, with annual precipitation of only 200 mm (8 in) along the coast and far less inland.

Throughout the year, an average of 1,000 to 5,000 people resides at research stations scattered across the continent. In 1959, 12 countries signed the Antarctic Treaty, and 38 have signed it since. This treaty forbids mineral mining, military activities, nuclear explosions and nuclear waste disposal.

There are several lakes and rivers in Antarctica. The longest river is the Onyx and the largest lake, Vostok, is one of the largest sub-glacial lakes in the world. The coastline of the Antarctic features ice formations. The continent is divided into two by the Transantarctic Mountains, located close to the neck between the Ross Sea and the Weddell Sea. This continent is the coldest in the world.

A collection of governments maintains permanently manned research stations on the continent. The number of people conducting scientific on the continent varies from summer to winter.

Antarctica – what to take?

These notes will give you a brief idea of how to prepare for, and what you may encounter on your voyage. We stress that this is an “expedition” style cruise.

The Antarctic continent is surrounded by a boundless and inhospitable ocean, which in itself takes several days to cross by ship.